Freemasonry is one of the oldest social and charitable organisation in the world.
Our roots lie in the traditions of the medieval stonemasons who built
our cathedrals and castles.

The questions of when, how, why and where Freemasonry originated are still the subject of intense speculation.

The general consensus amongst Masonic scholars is that it descends directly or indirectly from the organisation of operative stonemasons who built the great cathedrals and castles of the middle ages.

In 1646 Elias Ashmole recorded his initiation with these words:

‘October 16, 4.30pm – I was made a Freemason at Warrington in Lancashire with Colonel Henry Mainwaring (a Roundhead friend related to his father-in-law) of Karincham in Cheshire. The names of those that were then at the lodge, Richard Penket Worden, James Collier, Richard Sankey, Henry Littler, John Ellam, Richard Ellam and Hugh Brewer.’

This is the first evidence of the initiation of an English speculative Mason  notwithstanding the fact that those present and listed would have certainly been initiated at an earlier date.

Organised Freemasonry became established on 24 June 1717 when four London lodges came together at the Goose and Gridiron Ale House, St Paul’s Churchyard, formed themselves into the first Grand Lodge in the world.

Initially the Grand Lodge was simply an annual feast for lodges in London, but in 1721 John, Duke of Montagu was elected Grand Master and the Grand Lodge met in ‘quarterly communication’ and began to establish itself as a regulatory body, attracting to it lodges meeting outside London.

By 1730 the Grand Lodge had over 100 lodges in England and Wales under its control and had begun to spread Freemasonry abroad, with lodges meeting in Madrid and Calcutta.

For historical reasons separate Grand Lodges were formed in Ireland (1725) and Scotland (1736). Between them the ‘home’ Grand Lodges took Freemasonry around the globe. From the 1730s lodges were set up in Europe, the West Indies, North America and India.

In the later 18th and the 19th centuries British Freemasonry was taken to the Mid and Far East, Australasia, Africa and South America, mirroring the development of the British Empire. 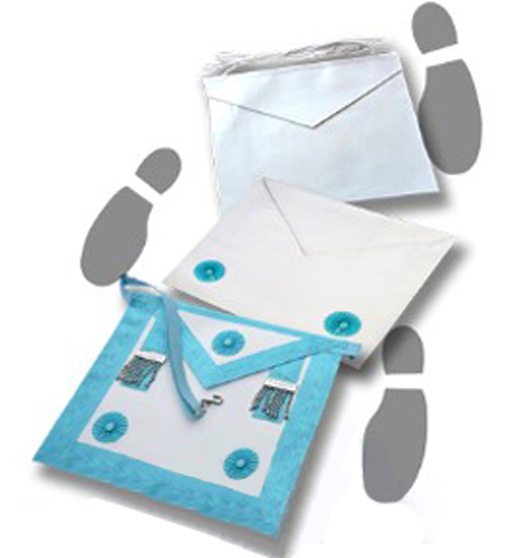 When those areas eventually achieved nation status many of the lodges formed independent local Grand Lodges, but other lodges decided to remain with their parent Grand Lodge – resulting in the United Grand Lodge of England still having some 750 lodges overseas, principally in Commonwealth countries.

The premier Grand Lodge of England continued developing in the 1730s and 1740s without any opposition. There had been considerable public interest – meetings were advertised and reported on in the growing number of local newspapers – more especially in what the ceremonies of Freemasonry were.

Enterprising journalists and pamphleteers were not slow to produce ‘exposures’ of what they believed were the ‘secrets’ of Freemasonry. Publicity increased interest and a growing number of aristocrats, landed gentry and professional men began to seek admission.

In 1737 the first Royal Freemason was made – Frederick Lewis, Prince of Wales, son of King George II.

And this continues today to some extent.

In the 1740s there was a growing number of Irishmen in London, many of whom had become Freemasons before leaving Ireland. For reasons now unknown they appear to have had difficulty gaining entrance into lodges in London, so in 1751 a group of them formed a rival Grand Lodge. They claimed that the premier Grand Lodge had made innovations and had departed from ‘the ancient landmarks’ whereas they claimed to be working ‘according to the old institutions granted by Prince Edwin at York in AD926’. For this reason they became known as the Antients Grand Lodge and referred to their older rival as ‘Moderns’.

Despite their differences the two Grand Lodges co-existed both at home and abroad for nearly 63 years, neither recognising the other, or considering each others’ members as ‘regular’ Freemasons. Even at the centre, however, there were those who were active in both Grand Lodges.

In 1809 the rival Grand Lodges appointed commissioners to negotiate an equable Union. The negotiations took four years to complete and on 27 December 1813 a great ceremony was held at Freemasons’ Hall, London, at which the two combined to form the United Grand Lodge of England with HRH The Duke of Sussex (younger son of King George III) as Grand Master.

The Union was a time of consolidation and standardisation, setting the basic administration of Freemasonry – which continues to this day. Lodges outside London were grouped into Provinces, based on the old counties, each headed by a Provincial Grand Master (PrGM) appointed by the Grand Master. The current Grand Master is HRH the Duke of Kent.

A Provincial Grand Master’s Province was based mainly on the original county borders although there are one or two exceptions for very large or very small counties. Lancashire is split into two as is Yorkshire and Kent. Some examples of the very small counties (not necessarily in size, but also in Masonic population) are the Province of Leicester and Rutland, Cumberland and Westmorland and Northampton and Huntingdon. However, this doesn’t always follow as there are separate Provinces for Jersey and Guernsey and Alderney, with only 11 lodges each, and closer to home the Isle of Man with just 17.

So, each Province has a PrGM and a deputy and depending on its size and one or more Assistant Provincial Grand Masters (APrGMs) – roughly 40 lodges per APrGM.

Provinces of course have two functions, to help administer English Freemasonry and to recognise service given by deserving brethren by making them officers of the Provincial Grand Lodges (PrGL) or awarding ranks.

Whilst the normal structure has three levels, Grand Lodge, Provincial Grand Lodges and private lodges, there is occasionally a fourth, as in some of the very large Provinces such as this Province of West Lancashire, there is a further division into groups, again to make the administration of the Province easier.

With the exception of the big cities such as Liverpool, groups are mainly based in or around a town, so there’s the Preston Group, the Warrington Group and then groups based on smaller towns such as Woolton and Garston and Chorley and Leyland Groups.

Most groups have a four-man executive, a chairman, vice chairman, secretary and often a treasurer. There are also other officers such as the group admin care officer, group charity steward, membership officer and publicity officer etc.

The duties of a group chairman are numerous. He’s a conduit between the Provincial office and the lodges and chapters in his care, he recommends brethren for Provincial honours, and he and his vice chairman represent the group at every ceremony of installation and other celebratory occasions such as 50th and 60th anniversaries.

If you want to find out more about Freemasonry, log on to Solomon which will answer many of your questions or email our membership team if you would like to join us.