As a holder of grand rank and being a past Provincial Second Grand Principal Chris Band will have been greeted and saluted on many occasions. However, the salutations he received at the Grange over Sands Methodist church hall were undoubtedly unique.

In his capacity as the WM of Arthur John Brogden Lodge No 1715 Chris, along with lodge members Barry Saunders and Neville Chanin, popped into a meeting of the 1st Grange over Sands Brownies to present a donation of £700 on behalf of the lodge. 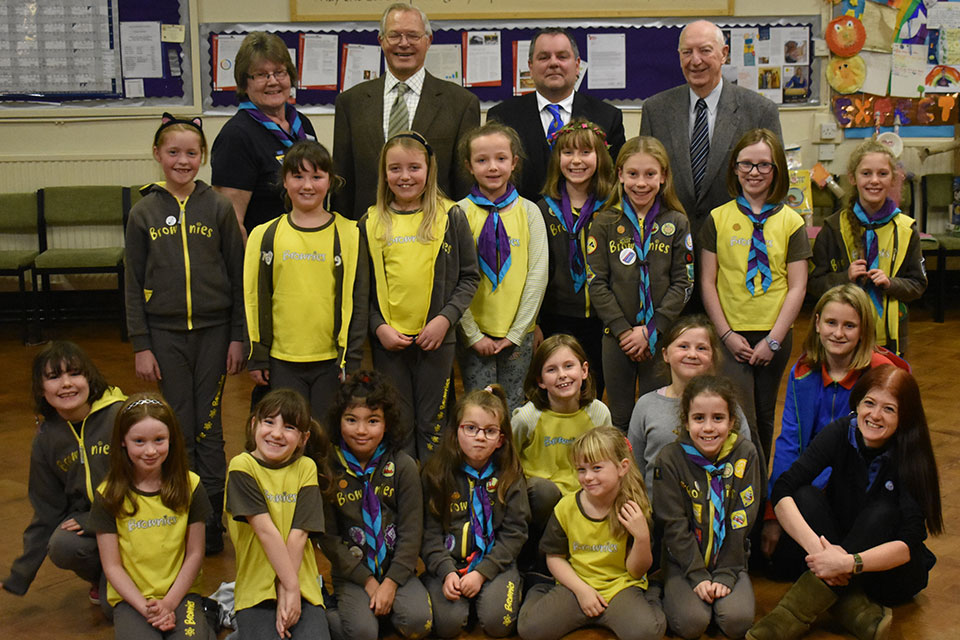 Barb explained: “The donation will be used to buy equipment for use by the district. All of the Brownies and Guides from ages 5-26 years as well as the helpers, are taught CPR. We will now be able to purchase a CPR manikin to help with the training of this important life skill. A projector for shared use is amongst the other items on the shopping list. We are very grateful to the Freemasons of Grange for their support, it is much appreciated.”

The donation was made from the proceeds of the annual fund raising evening held by Arthur John Brogden lodge. Organised by Barry, with support from charity steward Neville, the event this year featured a very well-received Simon and Garfunkel tribute act and an auction.

Barry commented: “The evening has gone from strength to strength. We are committed to supporting local good causes from the funds raised. Last year we donated to St Mary’s Hospice and we will continue to target worthy endeavours in the area as the beneficiaries of the money raised at the fund-raiser. When you see the reaction of those who receive the money and know it is to be well spent. It renews your energy and inspires you to start on organising the next event.”

And what of the ‘Too-whit, Too-whoo’?  As the trio of worthy Masons were quietly making their exit from the hall they were summoned back into the middle of the room. The Brownies formed a circle around them and expressed their gratitude by according them the highest honour they could – the salutations of “Too-whit, Too Whoo” which was followed by enthusiastic applause and completed with a flourishing bow.

The last word is with Neville who added: “The lodge is very grateful to all those who supported the fund-raising evening, both our own members and the many visitors. I am sure they will agree that their contributions have been well spent.” 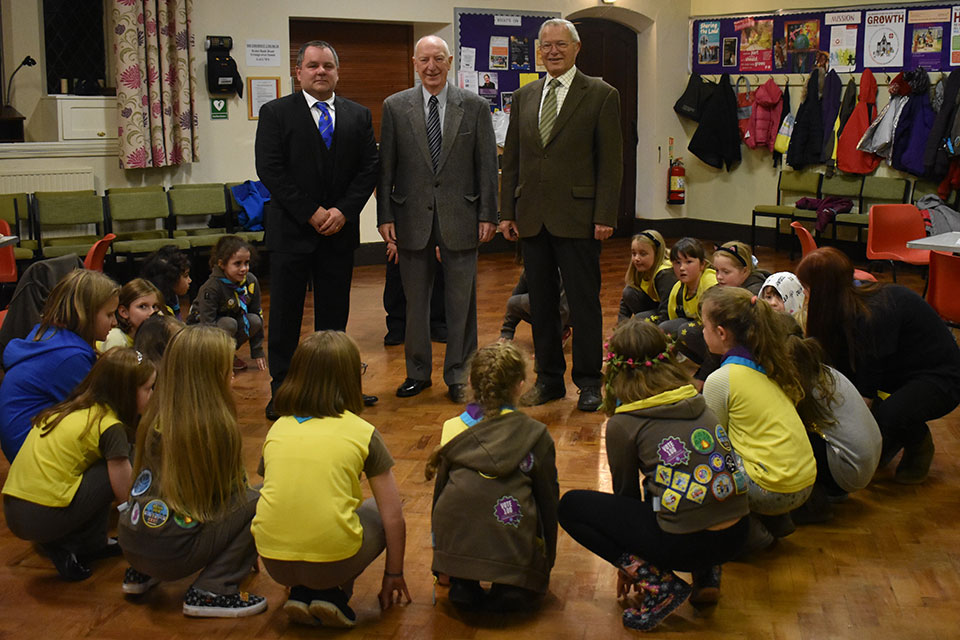 Pictured from left to right, about to receive the ultimate accolade, are; Barry Saunders, Neville Chanin and Chris Band.