About the West Lancashire Freemasons’ Charity 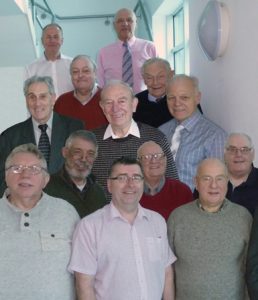 The West Lancashire Freemasons’ Charity is the charity of the Freemasons of the Masonic Province of West Lancashire. It was formed in April 2008 by the amalgamation of the seven Masonic charities operating in the Province, an area which includes parts of Lancashire, Merseyside, Greater Manchester, Cheshire and Cumbria. Its funds are raised entirely from donations by Freemasons. We do not receive money from the general public however, we do provide assistance to Masons and non-Masons.

The very first West Lancashire charity was set up in 1850 and was called the West Lancashire Masonic Educational Institution. At a time when formal schooling was not compulsory, work-houses were still in operation and decent education was only available to the children of very wealthy families, this was a very commendable initiative to ensure that the children of all West Lancashire Freemasons were able to receive assistance towards securing some sort of education.

In 1858 The West Lancashire Relief Committee was established to provide immediate assistance to Freemasons in immediate need. A kind of emergency fund.

The four charities now in operation appeared to cover all aspects of relief but occasionally, something extraordinary would arise. With this in mind, The Victoria Fund of Benevolence was founded in 1897 essentially, to provide assistance in instances where the other West Lancashire charities could not help.

And so life continued until 1952. By then, it was apparent that some of the charities were better funded than others, some had greater demands than others and that lodges were not necessarily directing their donations to the neediest areas. Accordingly, the West Lancashire Masonic Charities Fund was established in 1952. Henceforth, Masonic giving in West Lancashire would be directed to this fund which would in turn, distribute money to the five charities according to need. This was undoubtedly the first step in consolidating the charities although it was probably not recognised as such at the time.

Finally, in 1982, the Community Fund of West Lancashire Freemasons was established in 1982 to make small grants to non-Masonic worthy causes. One cannot help but reflect that over 130 years of Freemasonry, Masonic giving was entirely directed to Freemasons and their families. How different from today where over 50% of the WLFC giving is directed outside of Freemasonry. Has the charity lost sight of our original aims and principals? That is for you to reflect upon and decide.

At the start of the new millennium, the Provincial care and charity structures were established and to some extent, this posed the question ‘were the disparate charities now fit for purpose?’ A working party was established to examine the possibility of bringing the charities together. There were many advantages to this proposal but principally, the simplification of the application process for almoners (one charity rather than six), the opportunity to capitalise on a single, larger, investment portfolio and the reduction in costs associated with managing diverse investment portfolios as opposed to a single portfolio. The conclusion was that it would be to the benefit of West Lancashire charities if a merger took place and after much negotiation with the trustees of the disparate charities and liaison with the Charity Commissioners, a final set of scheme rules were agreed and the West Lancashire Freemasons’ Charity came into being on 1 April 2008.

Originally based in the Masonic Hall, Hope Street, the WLFC moved to its present offices in Huyton in 2010. There are presently 34 volunteers working within the charity and, on an annual basis, grants in excess of £500,000 are disbursed.

In order to bring the Charity into line with current best practice it was incorporated into a Limited Company on 1 April 2018. 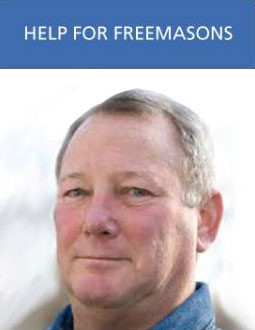 Big enough to make a difference

Our charity is the largest UK Masonic charity outside the Grand Charities and we anticipate making significant payments to deserving causes.

Freemasonry Cares
If you are or have been a Freemason in West Lancashire or are a widow, child or dependant of a West Lancashire Freemason and you are in need of financial assistance, the WLFC  may be able to help. 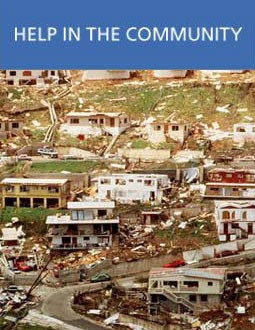 The West Lancashire Freemasons’ Charity is proud to play its part in the wider sphere of Masonic giving where £1,000,000s are provided each year for national and international causes, all from the pockets of Freemasons and often unnoticed by the general public.

Gifts to the community
We also believe that Masonry has a valuable role to play in the community and we have been pleased to provide funding over many years to help a wide variety of projects, such as the purchase of land for Sea Scouts, equipment for a judo club, a new building for the use of Scouts, Guides and the community at large, gifts to an Alzheimer society, a children’s hospice and many, many more.
Contact can either be through local Masons or direct to the charity. 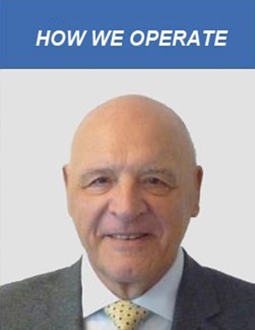 Nobody in our organisation receives any payment for the time they give to our charity. Our team of volunteers are however, extremely experienced in the working of the charity and are all bound by a strict code of confidentiality.
They are extremely dedicated, sympathetic to applicants’ difficult circumstances and happy to offer assistance and advice to those in need. We appreciate that seeking help when you are in need can be embarrassing and stressful but you can be assured that your application will be dealt with sympathetically and discretely.
Running a lean ship does not mean skimping on standards. Everyone involved is determined to follow best business practice and fully meet the most stringent regulatory requirements ensuring that funds are not only secure but are applied correctly and efficiently.

Governed by a Board of Directors
On the first of April 2018 the charity became an incorporated company as a result the trustees are now directors. They are drawn from a wide range of professional backgrounds suited to taking on the responsibility of overseeing a substantial financial enterprise. They all have considerable experience in managing organisations/charities. 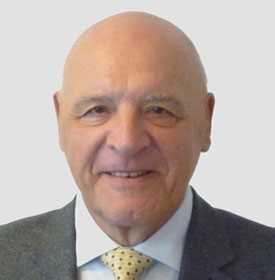 Steve is a retired Chartered Accountant and was, for many years, senior partner of a medium sized accountancy practice in central Liverpool. During his many years in private practice Steve specialised in Corporate Recovery and Corporate Finance.
Steve joined the WLFC in 2010 and has worked his way up through all the departments at the Charity until appointed Chief Executive on 16 January 2018. 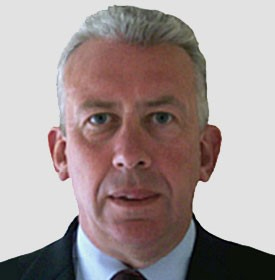 Mark Matthews
Chairman of the board of Directors

Mark joined Masonry in 1996. He holds National Management Qualifications and a Master of Science Degree in Drug and Alcohol Use and Addictions.  He retired from Merseyside Police, as a Chief Superintendent in 2008. He worked for several years as a senior Investigating officer in regards to homicide and other serious and organised crime. He also held significant project management and strategic planning positions. During his final three years of service, he was the Commander for Sefton Borough.
Mark was appointed to the Board of Trustees on 1 April 2012. 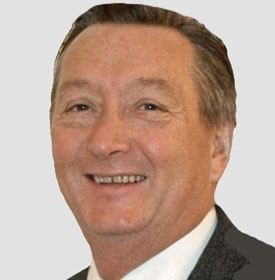 John Smith
Vice Chairman of the board of Directors

John was born in 1955 and qualified as a chartered accountant in 1979. He semi-retired in 2008 having been in practice for 25 years specialising in corporate finance and advising SME clients.
John became involved with the charities in 2002 when he was appointed a trustee and treasurer of the West Lancashire Masonic Educational Trust. Following the merger of the charities in 2008, he became a grant executive with responsibility for community applications. He served as the CEO of the WLFC from April 2012 to March 2016 when he was appointed as a trustee. 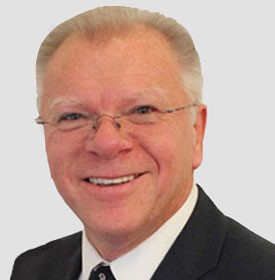 Derek studied medicine at Liverpool University, qualifying in 1975. He worked in Liverpool and Cardiff. In 1986 he was appointed Consultant Obstetrician and Gynaecologist at Fazakerley Hospital, Liverpool, and subsequently at Liverpool Women’s Hospital. He retired from medical practice in 2012.
Derek was the Provincial Senior Grand Warden in 2001, he was appointed PAGDC. In 2014 Derek was invested as Assistant Provincial Grand Master he is  responsible for the  Liverpool, Gladstone, and Garston Groups of Lodges. Derek represents the WLFC in the Craft cabinet. 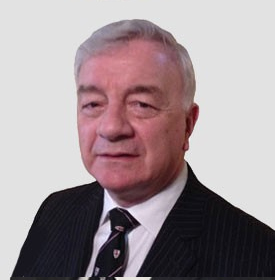 Barrie worked as a a Chartered Physicist, for almost 20 years for a major engineering company. Initially working on an offshore project he progressed into other multi-discipline areas finishing with the job title of Chief Scientist.
Subsequently he worked as a business counsellor between the Lancaster and Scottish Border, for a time he was he lead business counsellor for the Carlisle region. Barrie also worked with several universities, enjoying a long association with Lancaster University Business School where he has lectured and tutored at undergraduate and Post-graduate level in business development, entrepreneurship, business strategy and innovation. 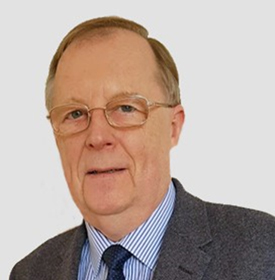 Colin was born in 1947. After teacher training, he taught in both primary and secondary schools. Retiring in 2007 as head teacher. After retiring he was the senior external examiner to Bradford and Manchester Metropolitan University’s teacher training courses and chairman of John Moore’s University’s Partnership Board. He also worked with the Merseyside and Cheshire Graduate Teacher Programme. He was its executive chair and is now a trustee. Colin served on the committee of the West Lancs Education Trust. Following the merger of the charities he was a grant executive and subsequently, Chairman of the Community Grants Executive. 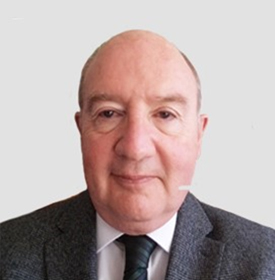 After retiring from a career in local government, John now works as a Statutory Advocate, supporting people who may otherwise struggle to have their point of view considered in the complexities of the health and social care systems.
He holds professional qualifications in public administration from the University of Liverpool and senior management certification from the Institute of Leadership and Management. He is experienced in quality assurance, budget management and chairing various local and national policy formulation groups. John has been actively involved with the charities in his current role as Vice Chairman of the Widnes Group and Charity Steward and Almoner in his Lodge and Chapter.

Apply
Every application we receive is carefully considered. We provide assistance where our criteria are met. Unfortunately we are unable to help in every case but don’t let that put you off. If you don’t apply, you won’t receive anything.
The community grant application form can be downloaded by clicking here.