At the installation meeting of Torrisholme Lodge No 5245 held at Morecambe Masonic Hall, the brethren were pleased and proud to give a warm welcome to Phillip (Phil) Gardner as the principal guest for the occasion. Phil was accompanied and supported by Lancaster and District Group Chairman Neil McGill, group vice chairman and group secretary Scott Devine and Chris Larder respectively, grand officers Jim Wilson and Ray Firth, together with acting Provincial grand officers David Ingham, Terry Ridal and Ben Yates. 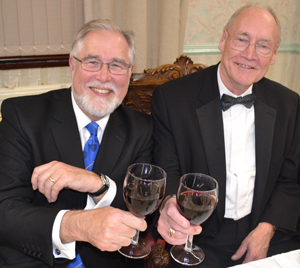 On entering the lodge room Phil was welcomed by the WM Anthony Gregg, in reply Phil commented that he was delighted to be present and that having had many a happy meeting at Torrisholme Lodge, he was sure today would be no different.

In keeping with a long-established tradition, the current masters of Morecambe Lodge No 1561, Heysham Lodge No 4108 and Poulton Le Sands Lodge No 1051 were called upon to occupy the principal installing officers’ posts.

The master elect John Bates was presented by Brian Townson before being installed into the chair of the lodge in a delightful ceremony by Anthony. This was the second time John has been the WM of Torrisholme Lodge, having been master n 2007. He is a very busy Mason, being the secretary of Morecambe Masonic Hall for five years and Torrisholme Lodge’s long-standing director of ceremonies for nine years. This meeting will see John stand down from that post and hand the reigns over to his ADC Mick Taylor. John also takes a leading part in other Masonic orders. 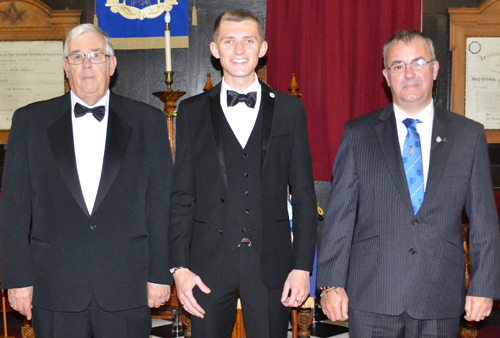 The acclaimed brethren who presented the working tools, are from left to right: Graham Taylor, Ben Gregg and Gareth Evans.

The working tools of an installed master and a master Mason were competently explained by experienced Masons Brian Dewhurst and Graham Taylor respectively, whilst those of the second and first degrees were given by somewhat less experienced brethren Ben Gregg and Gareth Evans in a manner which brought great acclaim from the assembled brethren.

As the ceremony drew to a close it marked the opportunity for Phil to bring the fraternal greetings and best wishes of the Provincial Grand Master Tony Harrison, who undoubtedly would have been impressed with a ceremony that had been done with great humour and a lightness of touch.

At the Festival of St John, which was held at Morecambe Masonic Hall and attended by 60 brethren, Phil was very pleased to be able to bring his own sincere congratulations to John for accepting the responsibility of ruling and governing such a fine lodge. 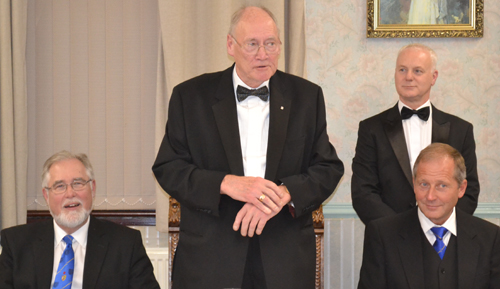 John Bates (centre) responding to his toast in the company of, from left to right: Phil Gardner, Mick Taylor and Anthony Gregg.

Phil continued his address by remembering his first visit to Torrisholme Lodge as a guest, back in 1982, it had been a fine meeting then and today was no different, the ceremony and festive board both being of top quality. Within the body of his speech, Phil touched upon our Masonic halls and the need to support them as well as forthcoming group events such as the ‘Group Ball’ and the ‘Group Walk’.

Before John responded with gratitude to the many good wishes and congratulations he had received, George Fox performed a striking rendition of the ‘Master’s Song’ with accompaniment by John Heaton.

The evening’s raffle raised the impressive sum of £253 with a further £45 from the ‘master’s swindle’. 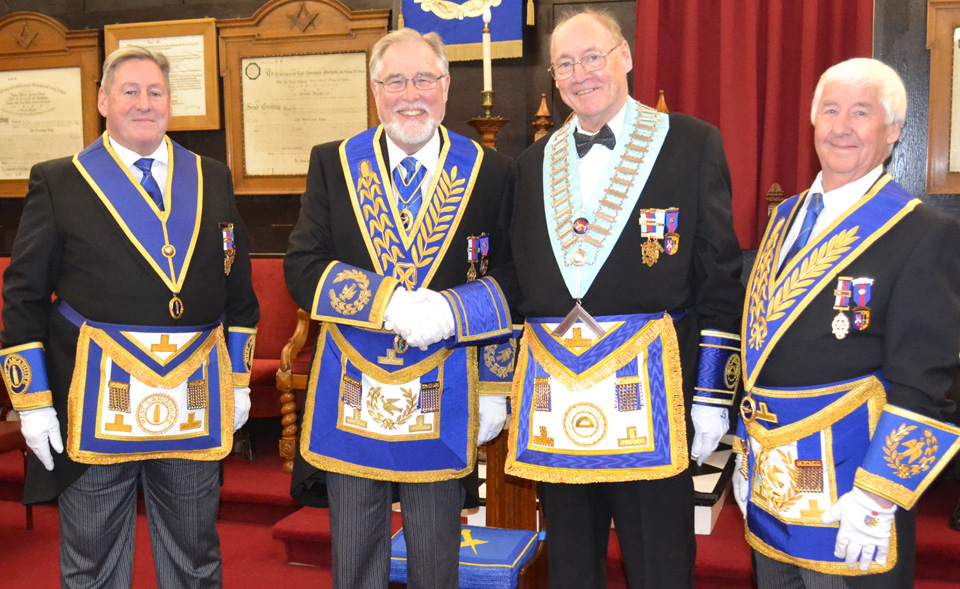