The installation meeting of Hindpool Lodge No 1225 at Barrow-in-Furness Masonic Hall also celebrated the 150th anniversary of the lodge being consecrated. It proved to be a quite memorable day. On this special occasion it was also publicly revealed that a trust fund administered by the lodge had donated nearly £230,000 to good causes over the past 14 years. 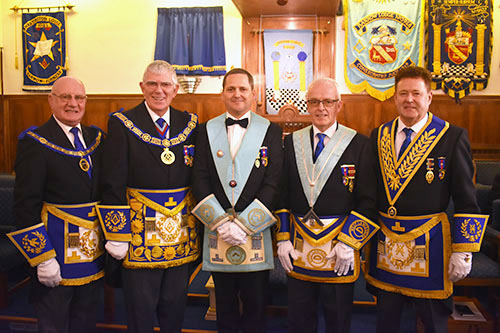 The lodge is the second oldest in the town having been formed when Hartington Lodge No 1021 could no longer cope with the growing demand for membership. Both lodges are in fact amongst the oldest institutions in the town. As late as 1843 Barrow boasted only 32 dwellings and two public houses. The discovery of high grade iron ore, and the industries which arose from that, saw the town boom and by 1881 it had grown to a population of 50,000. It was made a borough in 1867 and during the late 19th century was known as ‘the little Chicago’ because of its rapid expansion.

To put the age of the lodge a little more into perspective, it was consecrated when Gladstone was Prime Minister, Ulysses S Grant was President of the USA, penal transportation to Australia came to an end and Lieutenant Colonel George Armstrong Custer led an attack on a band of Cheyenne living on a reservation and killed 103 of their number. 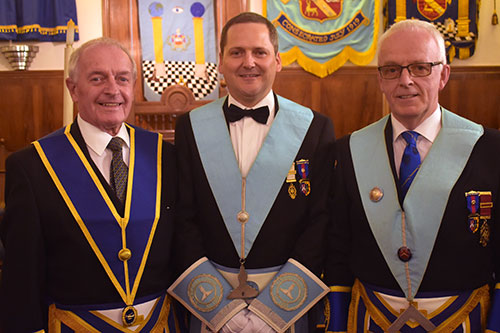 Pictured from left to right, are; Bob Kett, Paul Musgrave and Derek Forrest.

This celebration meeting was attended by the Provincial Grand Master Tony Harrison. Tony was accompanied by two Assistant PrGMs in the persons of David Grainger and Kevin Poynton. The acting officers were headed by Provincial Wardens John Karran and Barry Dickinson. All were under the watchful eye and gentle ministrations of Provincial Grand Director of Ceremonies Keith Kemp. In addition, it was gratifying to see a large number of the Cavendish Club, the group association for junior members, in attendance.

The meeting was also touched with sadness. John Marriott had been installed at the installation meeting in September 2017 but had sadly passed to higher service in July. A true gentleman and stalwart of the lodge, he will be sadly missed but long remembered.

Derek Forrest occupied the master’s chair and undertook the first part of the ceremony in installing Paul Musgrave as the new WM. Derek had seconded Paul’s proposal for membership.

The second part of the ceremony saw Bob Kett take over. He presented Paul with the badge of his office and placed him in the principal chair of the lodge. This was done with obvious pride and feeling as Bob had been Paul’s proposer.

The work of Derek and Bob, and their interaction with Paul, was a pleasure to observe. It obviously meant a great deal to the three of them. The manner in which Paul recited his obligation bodes well for the future. Others too played their part in what was a truly delightful ceremony. 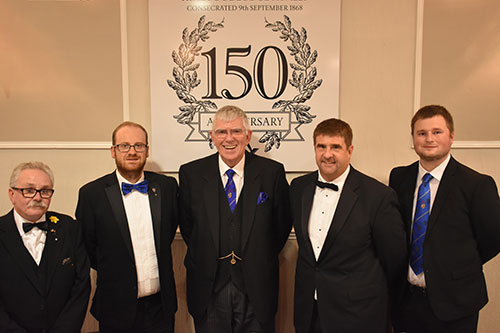 Tony Cassells presented the working tools of an installed master. The address to the newly installed WM was delivered by Derek Leviston. John Karran addressed the wardens as to their duties whilst a similar role was undertaken by acting officers Reg Wilkinson and Steve McKellar with regard to the deacons and stewards respectively. Tony was called into action to orate the address to the brethren. They all performed their role with both accuracy and splendid delivery which added to the special occasion.

However, worthy of special praise are the junior brethren who presented the working tools of the degrees. Gary Gibson undertook those of the third degree, Steve Renney the extended version of the second degree and Levi Gill those of the first. The trio did an outstanding job in performing to such a high standard in what was a packed lodge room, the nerves which they must have had did not show.

In bringing his greetings and very best wishes Tony complemented all who had taken part in what he described as ‘an excellent ceremony of installation’ whilst making special mention of the three junior brethren who had presented the working tools.

To mark the occasion, Paul presented Tony with a cheque for £1,800 in favour of the Masonic Charitable Foundation 2021 Festival. This latest donation entitled Hindpool Lodge to style itself as a Grand Patron of the Festival and Paul was presented with a certificate denoting this fact.

In revealing to the assembled brethren of the donation Tony was also able to inform those present of additional donations which had been made to acknowledge the 150th anniversary.

Tony with members of the Cavendish Club.

From the George Wood Memorial Benevolent Fund, administered by the lodge, £1,000 had been presented to each of six good causes in the Hindpool area of Barrow. The ward of Hindpool regularly features in the surveys of the most deprived areas in England. The groups receiving the donations were Furness Homeless Support Group, the Salvation Army, Hindpool Tigers Junior Rugby League Club, Furness Gymnastics, Brisbane Park School and St James Church of England School. 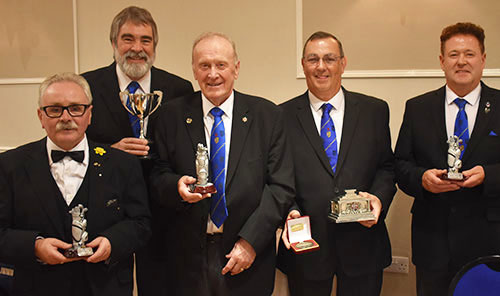 Fund chair Keran Stalker explained: “George Wood was initiated into Hindpool Lodge in 1929 and served as the WM in 1940. He was a well-respected Mason and gentleman who was an engineer and senior draughtsman in the local shipyard. On his death in 1956 his estate was inherited by his daughter Dorothy Bird Wood a well-known local school teacher. Dorothy, who was a spinster, died in 2004 and bequeathed her entire estate to Hindpool Lodge so that a charitable trust could be established in the name of her father.” The bequest has been invested and only the interest is used to support good causes.

Since its inception in 2004 the fund has donated the sum of £229,328 to good causes. The vast majority of the donations having gone to support organisations in the Barrow area. Youth, community and sporting have benefitted including scouts, guides and air and sea cadets. An annual average of nearly £16,500 has been distributed without fanfare or publicity.

Tony commented: “It is wonderful; to see the legacy being put to such good use in supporting local good causes. Keran and the other trustees are to be congratulated on the manner in which they have managed the fund.”

The installation banquet in the Fairfield Suite of the hall saw 112 members and their guests enjoyed a superb meal. Each diner was presented with an inscribed pen as a memento of the special day.

Lodge secretary Tony Cassells was thanked for all his efforts as was lodge director of ceremonies Doug Smith.  Tony was also a member of the group golf team which had returned triumphant from the Provincial golf competition. Other than Peter Trelore, the other team members, namely Allan Whittaker, Brian Fallows, Nigel Higginson and Peter Schofield were present and the opportunity was taken to display the trophies which, for the first time, had made their way to the top of the Province.

Paul Musgrave is a successful graphic designer and his talents were evidenced in the design of the place mats and menus. These touches added further to the enjoyment of what had been a truly memorable day. 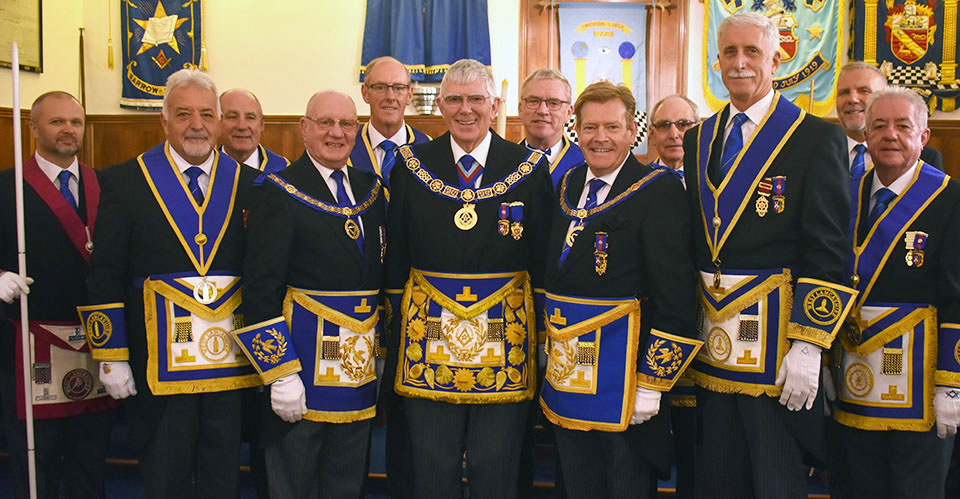