The newly extended Ulverston Masonic Hall was the setting for the installation meeting of Thurston Lodge No 2525. 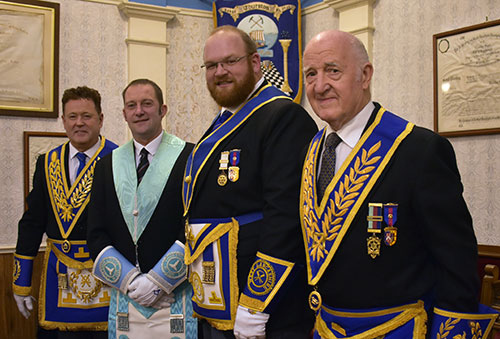 A new changing and storage area has been completed and on the same day it had been signed off by the building inspectorate. Work is still ongoing to construct a new disabled entrance to the building.

Principal guest on this occasion was former Furness and South Lakeland Group Chairman Rowly Saunders. He was accompanied by two other grand officers in the persons of Alan Jones, who succeeded Rowly as group chairman and Peter Schofield who is the present incumbent of that role.

They were able to witness Andrew Ridal install Chris Eccles as his successor in fine style. Provincial Deputy Grand Secretary Andrew has a great presence, not only as regards his physical standing, but also in the clarity and resonance of his oration of the ritual. It was a delight to listen to.

Acting as installing wardens on the day were lodge stalwarts Gary Neal and Walter Phillipson. Walter was first in the chair of Thurston Lodge 30 years ago with Gary following him a year later. They showed that they have not lost their touch as they welcomed the new wardens to their posts and explained to them the duties of their respective offices. 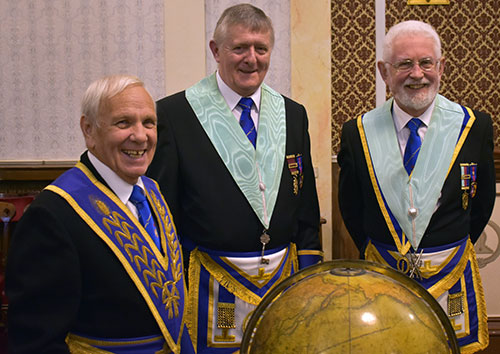 Indeed, Walter was called into action again to present and explain the working tools of the first degree. Lodge secretary Harry Gilgour carried on the good work as he undertook a similar role in respect of the second degree tools. However special praise was reserved for junior member Brian McKenna who performed the task of presenting the working tools of the third degree.

No cheque presentation was made, but Rowly was able to inform the gathering that the lodge had in the year donated £600 to the MCF 2021 Festival, £1,000 to the hall building fund and £300 in smaller donations.

Director of ceremonies David Swarbrick and secretary Harry were singled out for praise for the work they had done in ensuring the meeting was such a success.

Following the formalities of the installation 65 members and their guests enjoyed a superb celebratory meal in the hall dining room with the menu being beef. The good food and company formed a fitting end to what had been a day of excellent Masonic ritual and camaraderie.