In 1988 Alan Jones became first principal of Thurston Chapter No 2525. To mark the 30th anniversary of that event the ex-chairman of the Furness and South Lakeland Group did so again in a delightful ceremony at Ulverston Masonic Hall. 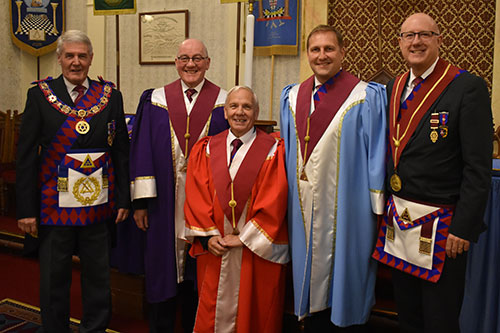 Outgoing first principal Jim Richards went about the task of installing Alan as his successor in his own quiet manner which nonetheless was both accurate and sincere.

This good work was continued as Alan installed his good friend Robert Fearnett as second principal and Robert then installed Mark Little as his replacement in the third chair of the chapter.

Chapter Scribe Ezra Harry Kilgour delivered the address to the sojourners in a delightful manner. Also displaying why he is regarded as a fine ritualist was Tom Hird as he undertook the delivery of the address to the three principals. The work of Harry and Tom later received much praise.

Not to be outdone, principal guest Paul Renton orated the address to the companions in fine style.

To mark the occasion Paul was presented with a cheque for £300 in favour of the Masonic Charitable Foundation 2021 Festival.

Following the formalities 56 members of Thurston Chapter and their guests retired to the hall dining room where they enjoyed a very enjoyable installation banquet. 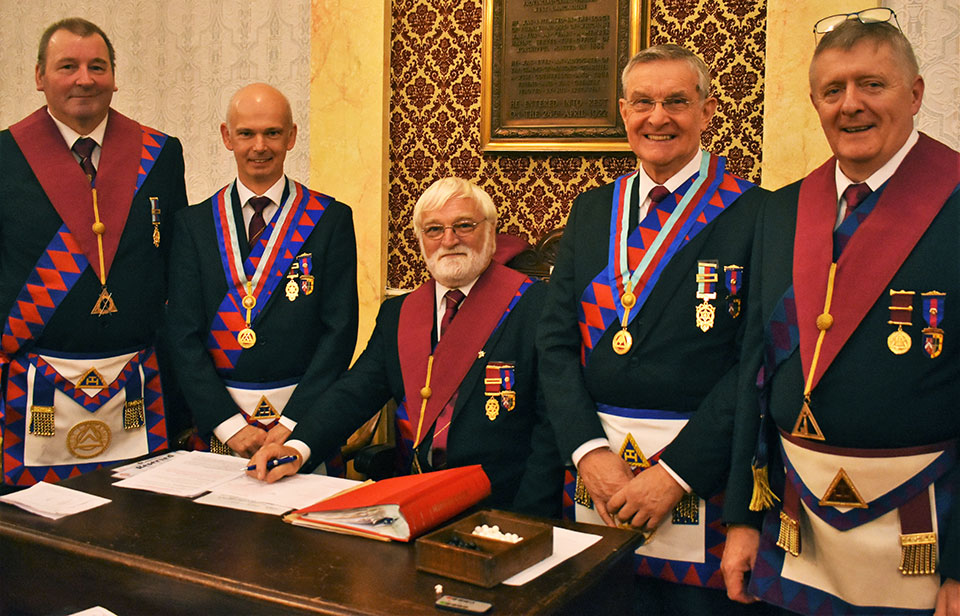