Freemasonry has enjoyed strong links with Preston for more than 200 years dating back to the founding of the Lodge of Justice No 484 in 1775.

The impact of the industrial revolution was starting to take effect on the growth and importance of the town and over the next few years other lodges were established, some of which are still in existence today. These include the Lodge of Unanimity No 113, the Lodge of Peace and Unity No 314, Royal Preston Lodge No 333 and the Lodge of Concord No 343.

Freemasonry has played an important part in the development of the town, its members being actively involved in many organisations as was witnessed by the public ceremony of the laying of the Foundation Stone of the old Town Hall in 1867. A similar ceremony was carried out in 1882 by the First Earl of Lathom, Provincial Grand Master for the Province of West Lancashire, who laid the Foundation Stone for the Harris Free Library and Museum. 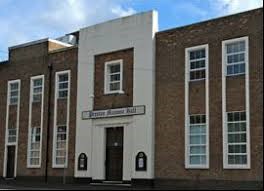 Until the present Freemasons Hall, Ashlar House in Saul Street, was acquired at the end of the Second World War, the Preston lodges met at various venues in the town, such as the Bull and Royal Hotel, the Cock Hotel, the Turk’s Head and many other inns and taverns. The membership of each Preston lodge varies between 17 and 55. Several amalgamations have taken place in recent times, which reduced the number of lodges to the present number of 16.

The outbreak of World War Two also had an effect on Freemasonry in Preston. Servicemen in the Armed Forces who were Freemasons, including, of course, our American allies, continued to enjoy their meetings whilst far from their homes by visiting the Preston lodges where they were made most welcome. Friendships were fostered which continued long after the war had ended and several Preston lodges have interesting items of regalia donated by American Freemasons as a token of their gratitude for the hospitality they had received.

The camaraderie created by the difficulties of war-time conditions where men from all walks of life were brought together, led to an appreciation of the principles of Freemasonry. By the end of the war new lodges had to be formed to deal with the numbers of new members. As a result the total number of lodges in Preston had doubled by the end of the following decade.

Apart from the private aspect of the work within the lodges, there is considerable activity on the social and charitable side involving wives, family members and friends, both Masonic and non-Masonic. Charity is one of the great driving forces of Freemasonry and every member is encouraged to contribute regularly to this worthy cause. The sums raised enable the Freemasons’ Grand Charity to donate considerable amounts to nearly all the major national charities and it is one of the major sources of charitable giving in the country. In addition, the brethren in Preston also support local charities in the area as well as the new West Lancashire Freemasons’ Charity, which is an amalgamation of all the original West Lancashire Charities, making it a ‘one stop shop’ for aid in the Province. Preston is, of course, very proud to be authorised by its Charter to hold a Guild every 20 years and on these important occasions the Freemasons of Preston make a special effort to assist local charities.