The fourth Great Leigh Bake Off was held at Leigh Masonic Hall, and what an adventurous morning it turned out to be. 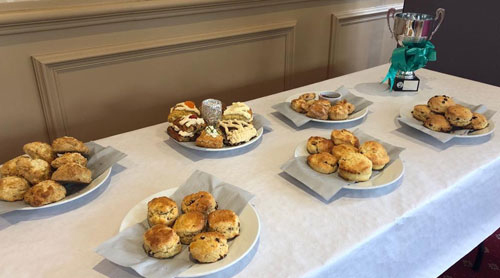 A contingent of aspiring champion bakers, one from each of the seven lodges of the Leigh Group were assembled, each of whom had manufactured a representative example of that finest of English baked goods,

‘the scone’ for perusal and judging by an expert chef, two experienced bakers, and then the eventual selling off of the product in aid of that right worthy cause, the Macmillan Nurses Cancer Support.

Deadline for presentation entry was to be 10:30am. At approximately 09:45 news seeped through to the tabernacle of gathered bakers that an entry could be late, or, possibly even more calamitous, would not arrive at all. The Lodge of Valour No 4322 entry, despite allowing a rule bending extra five minutes, did not materialize and the competition was down to six entrants. 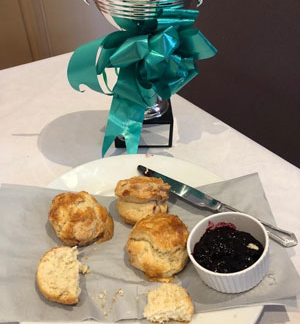 All the entries were unveiled on the judging table and goodness gracious; there presented were six wonderful sets of six dainty and delicious looking delicacies. The competition was underway!

The judges dissected each entry for the main attributes; testing moistness, crumb, structure, lightness and most importantly flavour.

Three entries Lodge of Truth No 6235, Leigh Lodge No 4744 and Makerfield Lodge No 2155 were so close that it was deemed necessary to go to a ‘scone off’ and a second sampling.

After that, one entry stood out for the judges, although it was split decision, that of Simon Isherwood from the Lodge of Truth.

Simon thanked the judges and commended the worthy cause and congratulated the assembled crowd on their raising £190 for the Macmillan Nurses.

Simon declared what a great success the event had been, as he raised the trophy and declared that next year’s bake off will again be held on a Saturday so that even more people would be able to enjoy the jovial banter, good humour and of course ‘the cakes’. 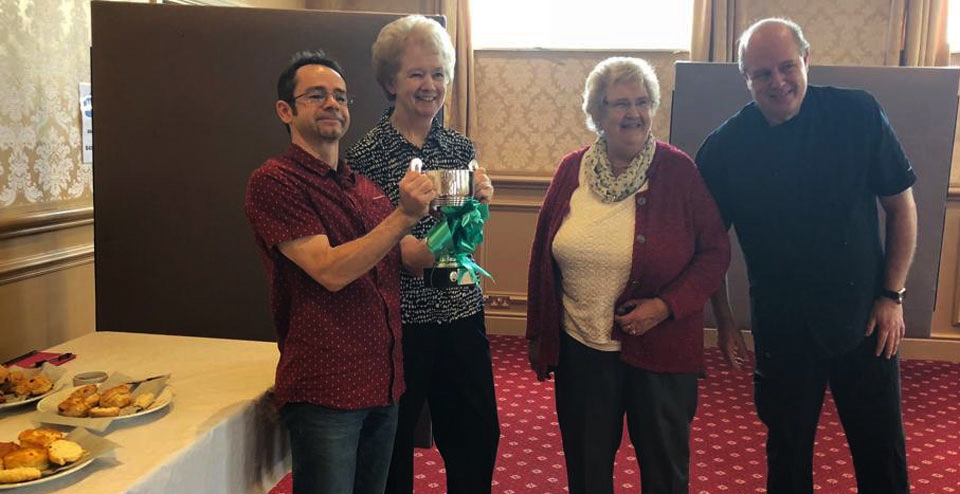 Simon receiving his trophy from the judges.