For many years the members of Furness and South Lakeland Group have enjoyed a fund-raising concert which is held at the Coronation Hall in Ulverston. The pavement outside the Coro, as it is commonly known, is the site of a statue of the world famous film stars Laurel and Hardy, Stan Laurel being a native of the town. The bronze statue was commissioned by the fans of the comic duo known as the ‘Sons of the Desert’ and was officially unveiled by the departed Ken Dodd. 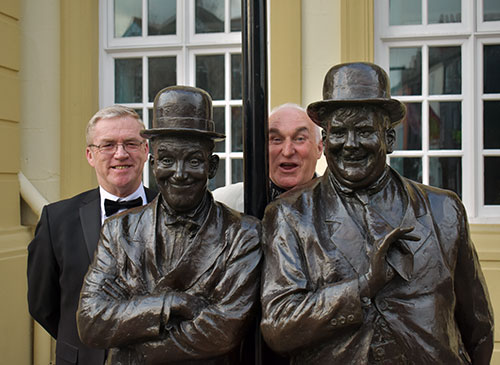 The original group concerts were organised by past group chairman Rowly Saunders. Rowly still takes a very active part in the running of the event, including the selling of ice creams at the interval. Group charity steward Richard Wilcock has now taken on a lot of the work and responsibility. Provincial Charity Steward Phil Preston is amongst the number of those brethren who help out on the night and help make the event the great success it is. This year the sixties show band Union Gap provided the entertainment. These accomplished artistes were very well received.

As is usual the concert attracted great support from the Lancaster Group. The Provincial Grand Master Tony Harrison, accompanied by his wife Maureen, being among the number who made their way around Morecambe Bay to enjoy the entertainment on offer. Prior to the concert, Tony and Maureen took the opportunity to enjoy a pre-show buffet meal with friends at Ulverston Masonic Hall. The arranging of the meal was once again undertaken by Rowly.

Being an event organised by members of our order there is one ever-present constant, that of course being the obligatory raffle. Jackie Wilcock and Lynn Preston, the wives of Richard and Phil, proved to be very adept at encouraging the patrons to part with their money for a raffle ticket or two. 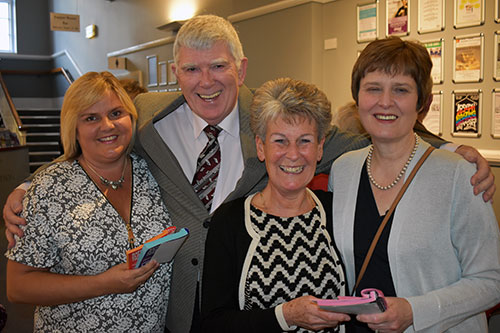 The format of the concert was freshened up this year with the rows of seating on the main floor being replaced with round tables. To make it even more convivial, the bar was kept open throughout the evening. It was very much an informal and relaxed evening.

The timeless classics from the sixties and seventies played by the band went down a storm. It did not take long for all the available room on the main floor to become taken over by those who were eager to strut their stuff on the dance floor. In fact many of those in the ‘posh’ seats on the balcony vacated the high ground to join in and boogie on down in the main room.

Richard has not finished his work on the group abacus as yet but it is envisaged that at least £2,000 will have been raised for charity. One thing can be guaranteed and that is that people of a certain age will have gone home singing songs from their younger years and no doubt will be doing so for many a day to come with the concert having brought so many great tunes back to memory.

Although organised by Masons, the concert is not restricted to members of the Craft. The Coronation Hall sells tickets to the general public and many Masons take along friends. Apart from the charitable aspect of the evening it should also be acknowledged that the event showcases our Order to the wider world with people witnessing Masons and their wives having a good time whilst raising money for worthy causes. That can only be a good thing.

Richard, Rowly, Lynn, Jackie and all that helped out can look back with satisfaction at a job well done. They, like those who donated prizes for the raffle, deserve great plaudits. 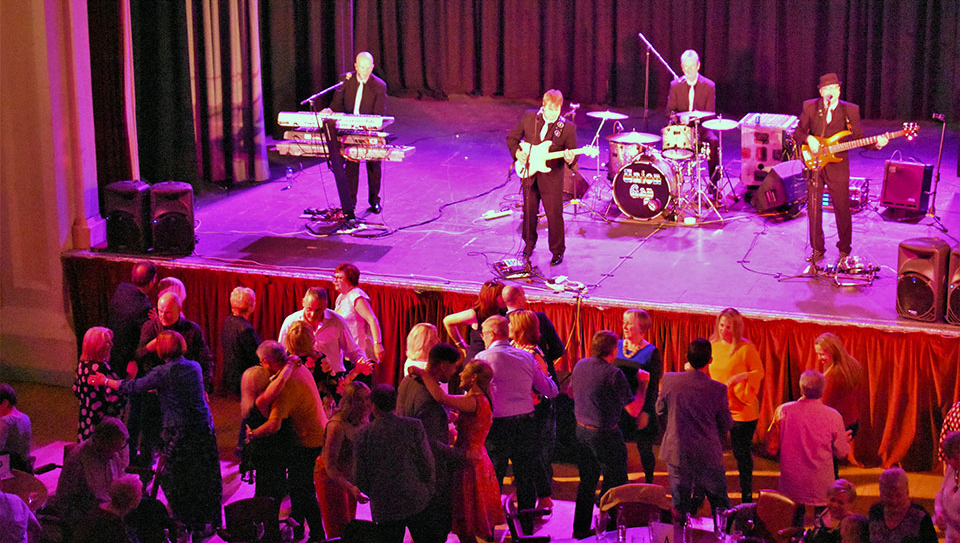 A good time was enjoyed by all.