The Cavendish Club in the Furness and South Lakeland group is a club for those brethren in the area who have not yet received provincial rank.

Gary Gibson and other members were having discussions about raising money for charity when an appeal went out from the Barrow Food Bank for donations. Club member Scott Deakin, through the Cavendish Club Facebook page, established that there was the will amongst the members to support the charity and set up a “Just Giving” account.

Scott commented: “We quickly raised the sum of £230 and decided to use the money at once to help re-stock the shelves of the food bank.” Following an excursion around the aisles of a local supermarket to buy suitable foodstuffs arrangements were made to deliver it to the food bank. Scott accompanied by Cavendish Club members Gary Gibson, Dan Moyes and Scott Sleddon went along to the food bank to deliver the much-needed supplies.

Barrow Food Bank manager Ann Mills said: “We are very grateful for this donation. It is most welcome and will help some families through difficult times.” Cavendish Club chairman Phil Renney added: “When you consider that the money donated by the members was in addition to the many claims upon their charity from their lodges and chapters it is a splendid effort. They are to be congratulated on their generosity.” 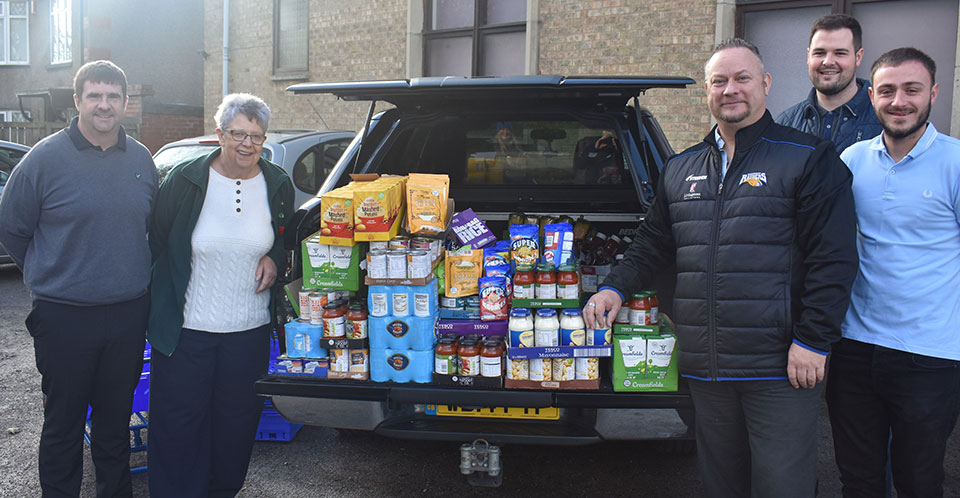