“Richard and Jackie Wilcock have done an outstanding job in making all the arrangements for this superb evening and deserve our thanks. Richard may be the group charity steward but the invaluable support and assistance he receives from Jackie in running the various charity events is such that I think of them very much as a team working on behalf of the group.” These were the words of Furness and South Lakeland Group Chairman Peter Schofield when addressing the patrons at the fund raising ‘Black and White Ball’ held at the Cumbria Grand Hotel, Grange-over-Sands. 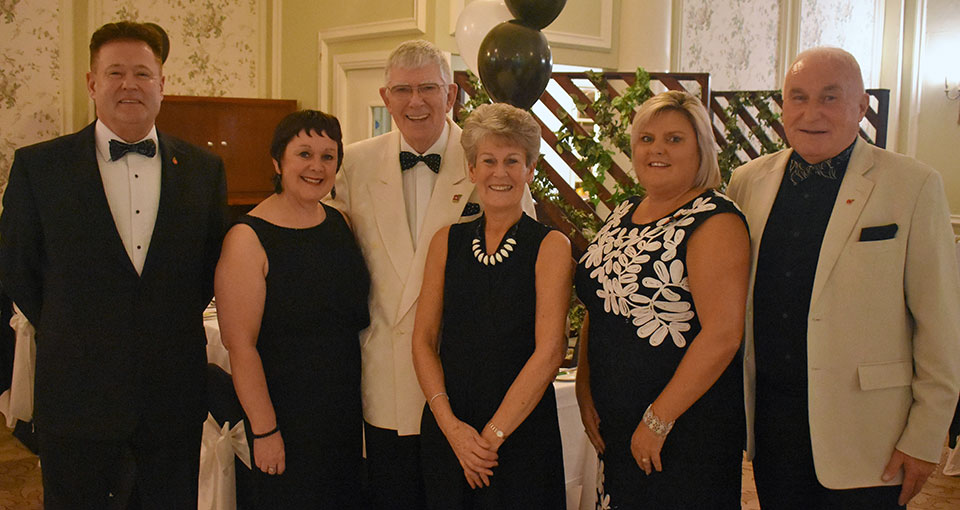 Pictured from left to right, are: Peter and Michelle Schofield, Tony and Maureen Harrison and Jackie and Richard Wilcock.

The many months of work undertaken by Richard and Jackie ensured that the occasion was enjoyed by all who attended.

The 180 people in attendance included Provincial Grand Master Tony Harrison and his wife Maureen. Although it was a Furness event there was, as is usually the case on such occasions, great support from the Lancaster Group headed by group chairman Neil McGill and his wife Lorraine.

The Cumbria Grand was taken over for the evening with the ticket price including overnight accommodation at the hotel. Once everyone had booked in and changed into their finery there was a Prosecco and canapés reception in the lounge as friends old and new mingled together before entering the dining room.

Following some words of welcome from group chairman Peter a delicious four course meal was enjoyed.

After the victuals had been savoured the dining room was vacated so that the staff could clear away and freshen up the tables. Whilst this was being done everyone grabbed a window seat in the lounge or made their way outside to witness the night sky being illuminated by a spectacular fireworks display. The dazzling exhibition of pyrotechnics had been very generously sponsored by Schofield Construction Ltd.

On the return to the dining room the 10-piece ensemble ‘Soul Survivor’ had taken their place and soon had the dance floor filled. The clue is in the name as it was tunes from the likes of Sam and Dave, Wilson Pickett and Otis Reading which formed the playlist. 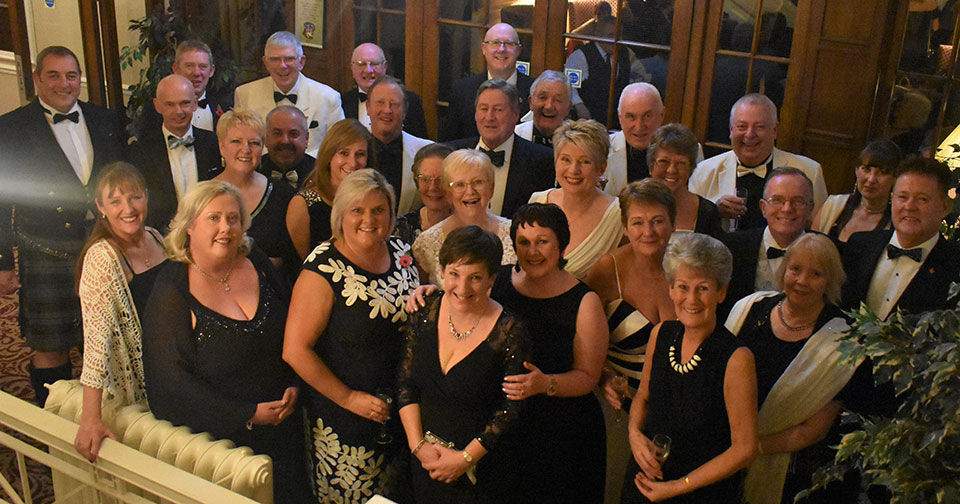 Group officers from Furness and Lancaster with their partners.

There was not a square tango or foxtrot to be seen, but the available space was taken over by enthusiastic dancers who were displaying all their terpsichorean skills. There were people strutting their stuff, boogying on down and even attempting some northern soul. There was no evidence of that urban dance craze of ‘body popping’ although several knee and hip joints were heard to make rather strange noises!

At the interval Peter again took to the microphone to thank Richard and Jackie and presented them with small gifts of appreciation. This was greeted with sustained acclaimation from those who were enjoying the result of the couples’ labours.

Soul Survivor then returned to the stage and the dancing re-commenced with renewed vigour following the break. All too soon it seemed the music came to an end. The weary dancers having danced and cavorted so energetically they were obviously in need of refreshment. At midnight, bowls of tasty hot-pot were served up. To some this proved an ideal nightcap whilst to others it provided the fuel to stay yet awhile and enjoy the craic in the company of good friends.

The next morning, after an enjoyable breakfast, it was time for acquaintances old and new to bid au revoir.

The evening had proved a huge success not only in terms of the sheer enjoyment enjoyed by so many but also because it raised a minimum of £2,500 for the group charity coffers.

Planning is already underway for the 2019 event when it is proposed there be an option of an extra first evening which will feature relaxed dining and entertainment from a comedian. 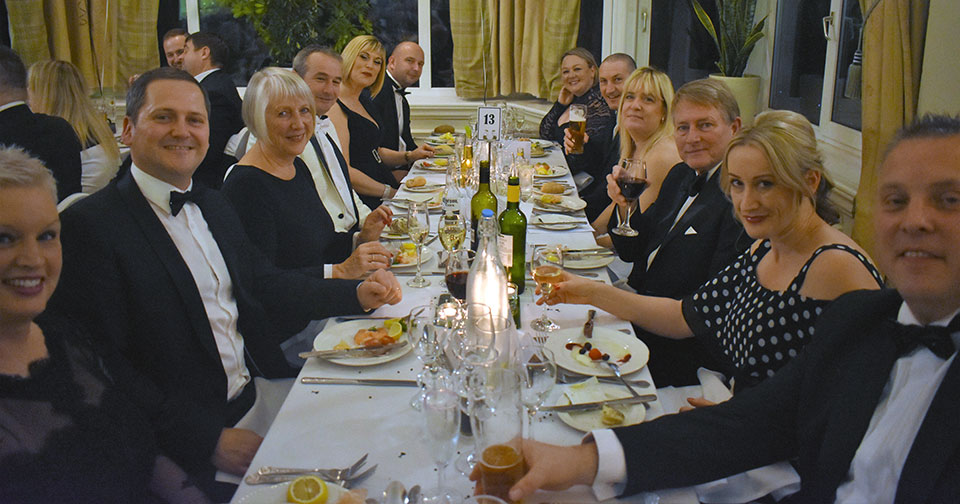